Xu stressed at the meeting that we have successfully across the 2011, 2012 opened a new page of history turn. In the new year, as long as we step Yang people down to earth, pragmatic, step-people give full play to team spirit and fighting spirit, I believe, in 2012 the goal will be achieved, step - can once again make more brilliant future.

Gathering will use the remote system be broadcast live on the big screen Group headquarters large conference room, to all branches and dealers nationally televised New Year gathering of the group in 2011 will live. During the gathering will be theatrical performances, brilliant program, the department group directed the comedy, comic caused by bursts of laughter, so we have a good relax after intense work. Door Industry QC directed the dance show "Kung Hei Fat Choi" and become a highlight of the gathering will. Overseas agencies who have adopted a live video screen, expressing wishes to the company's situation.

Xubu Yun, chairman of the work summarized in 2011 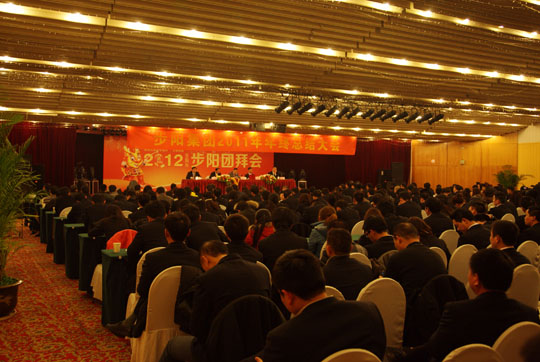 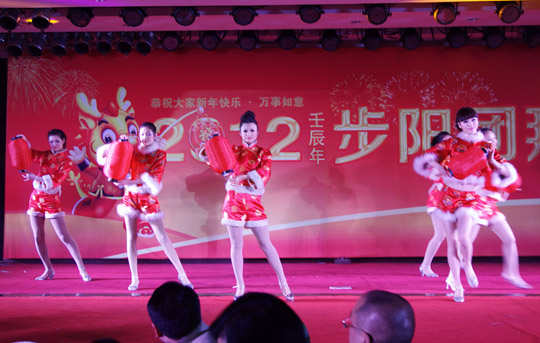 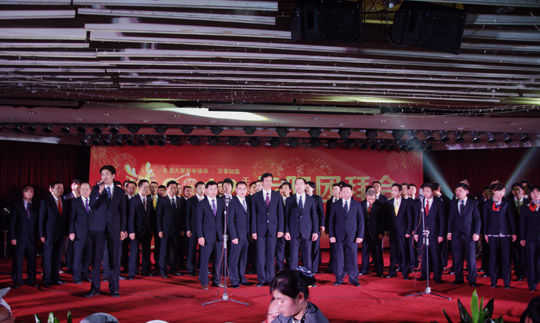