In order to popularize the common sense of fire safety, enhance the company’s employees’ ability to protect themselves and escape from emergency, strengthen the awareness of fire safety, and do a good job of safety in the factory, the company’s leadership and professional safety personnel gave strong support at 3:30 on April 17, 2015 Under the guidance, Zhejiang Buyang Auto Wheel Co., LTD. started this year's fire drill as scheduled. Heads of various departments of the company and important processes in the workshop participated in the exercise.

The head of the safety department was the chief commander of this drill. The fire drill was divided into two stages. 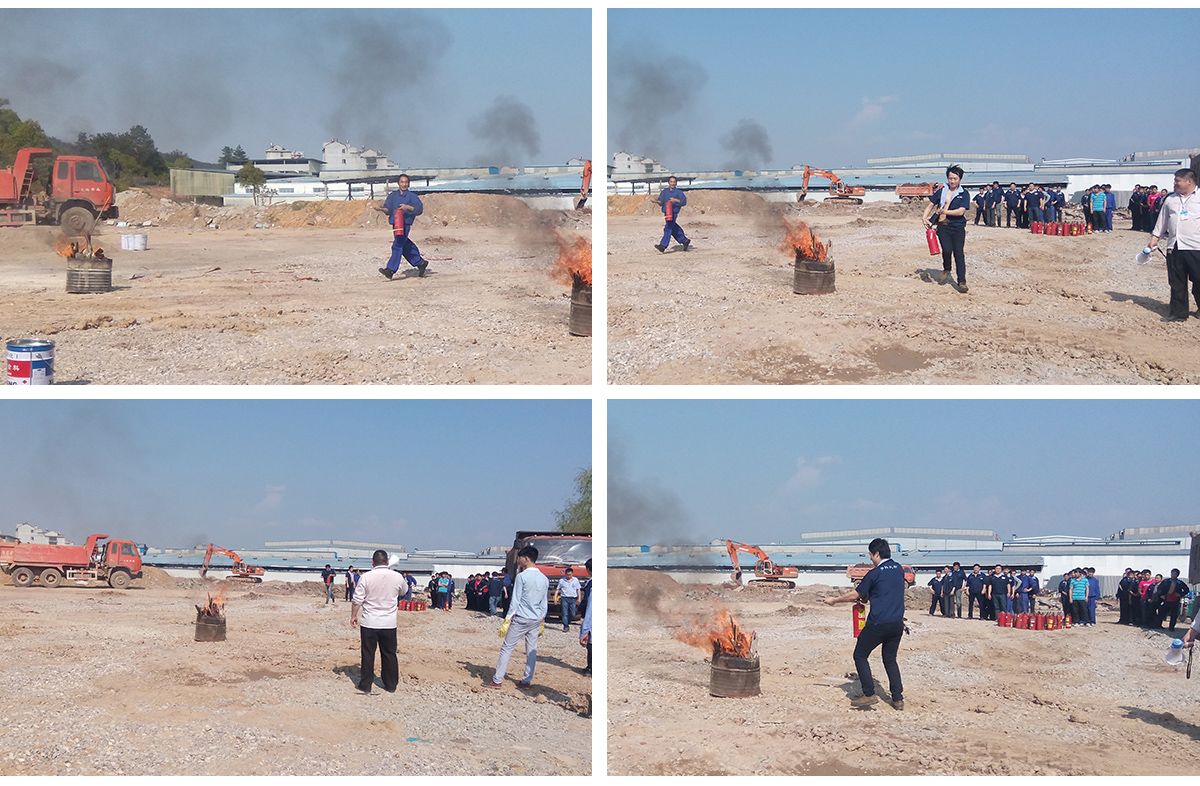 The second is the correct use of fire extinguishers. During this period, each employee was full of emotions, actively participated, and ran with sweat, just to suppress the arrogant arrogance of the flames, and completed one fire-fighting task after another in an orderly manner, which was unanimously affirmed by the company's leaders. General Manager Ying Yonghui said: Fire drills are designed to prevent accidents before they happen. The company has always regarded safety as the company's top priority and safety in production as its top priority. The company holds fire-fighting knowledge training and exercises from time to time every year, aiming to improve the fire-fighting awareness and safety skills of all employees of the company through fire-fighting knowledge training and on-site simulation exercises, test the company’s fire safety organizational capabilities, emergency response capabilities, and actual combat capabilities, and create for employees Safe and harmonious environment. During the drill, the commander-in-chief was calm and calm, and the employees were quick to respond and skilled, and successfully completed the scheduled exercise. Throughout the exercise, the process was tightly arranged, the personnel organization was tense and orderly, and the fire extinguishing actions were rapid and effective. While the majority of employees fully learned fire fighting knowledge and practiced the fire fighting process on the spot, they also exercised their ability to quickly and decisively deal with emergencies and work in solidarity and cooperation. spirit.

Enter your email, so that we can take care of your needs in all aspects, so as to receive the latest news and product information of Buyang.